Also known as Amazon HQ2, this project is notable for its unique partnership between two concrete subcontractors. Miller & Long and Clark Concrete each took half of the 2,000-parking space, 900,000 SF garage. Atop the garage, two towers rise 22 levels above grade, with Miller & Long’s tower starting at 87,000 SF at level two. The building footprint reduces six times as it rises above the street, reaching 35,000 SF at level 22.

Twin high-tech Cemco batch plants – located two blocks off site, they were capable of producing 200+ CY/hour with five ready-mix trucks permanently stationed there. The plants utilized CarbonCure™, a technology that injects CO2 into the concrete to reduce the building’s carbon footprint and increase concrete strength.

Mass concreting – any elements over 4’ thick were treated using mass concreting techniques. With most of the mat foundation being 7’6” thick, this included much of the building footprint. Along with temperature monitoring devices, blankets and cooling tubes run in layers. These areas required a special concrete mix, which cured more slowly than conventional concrete to control the large amounts of heat generated as the concrete cured. These methods ensured the concrete cooled at a controlled rate, both internally and externally, to prevent cracking.

Shotcrete utilized at foundation cuts – because of the depth of the concrete placed (up to 23’ thick at core sump pits), shotcrete was used in selected areas (mud mat and pit walls) to place concrete safely and efficiently. 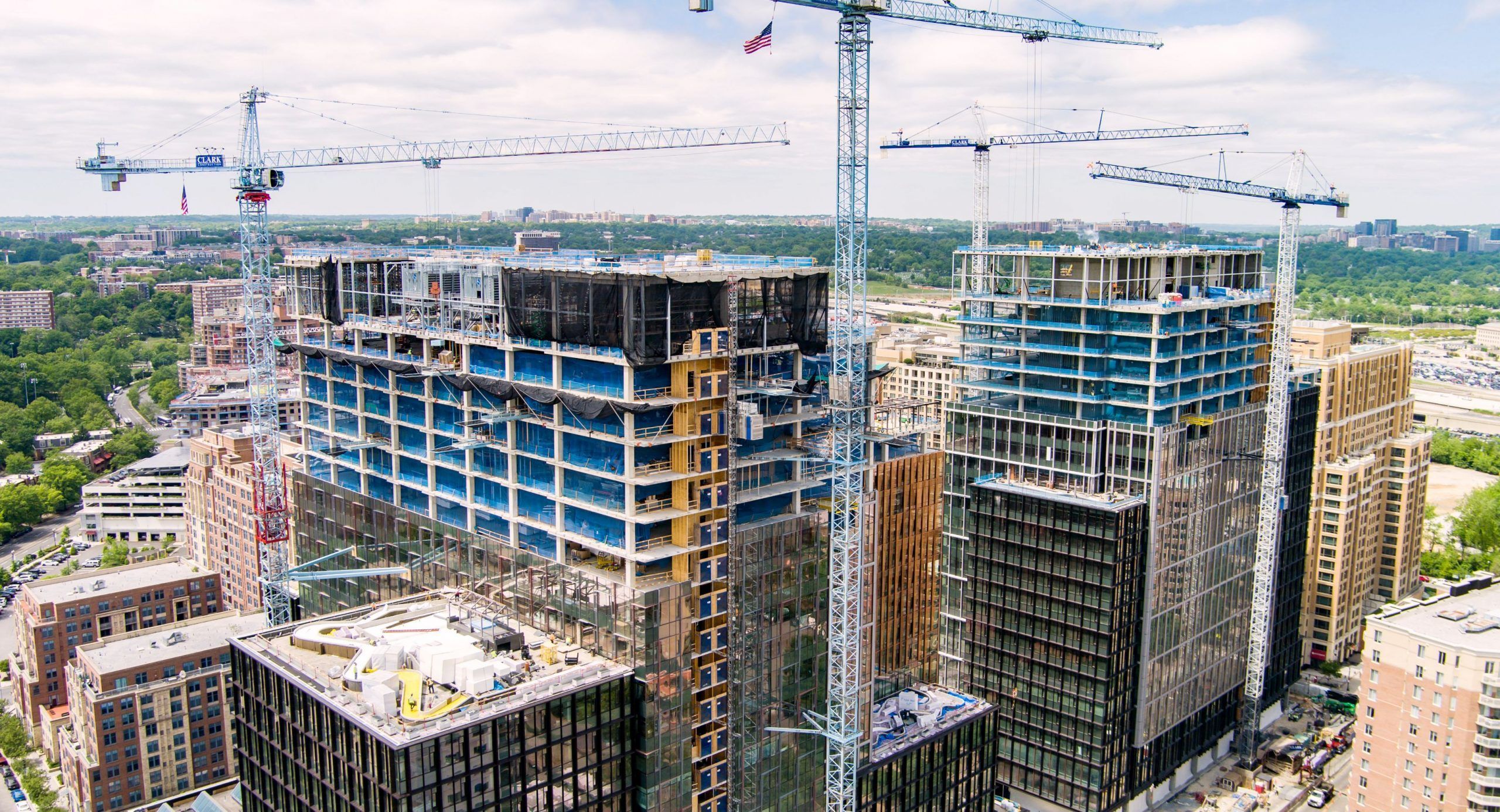 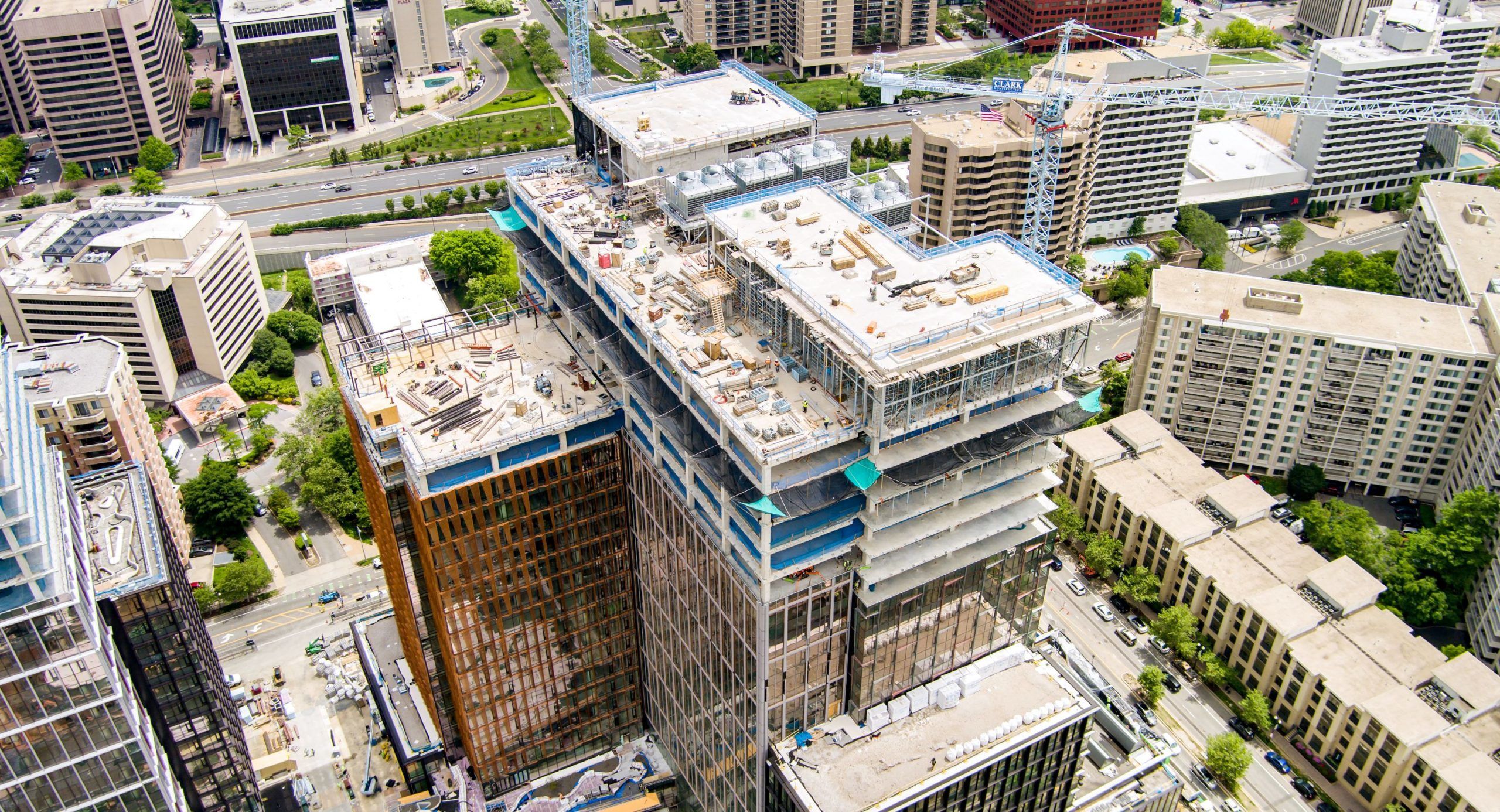 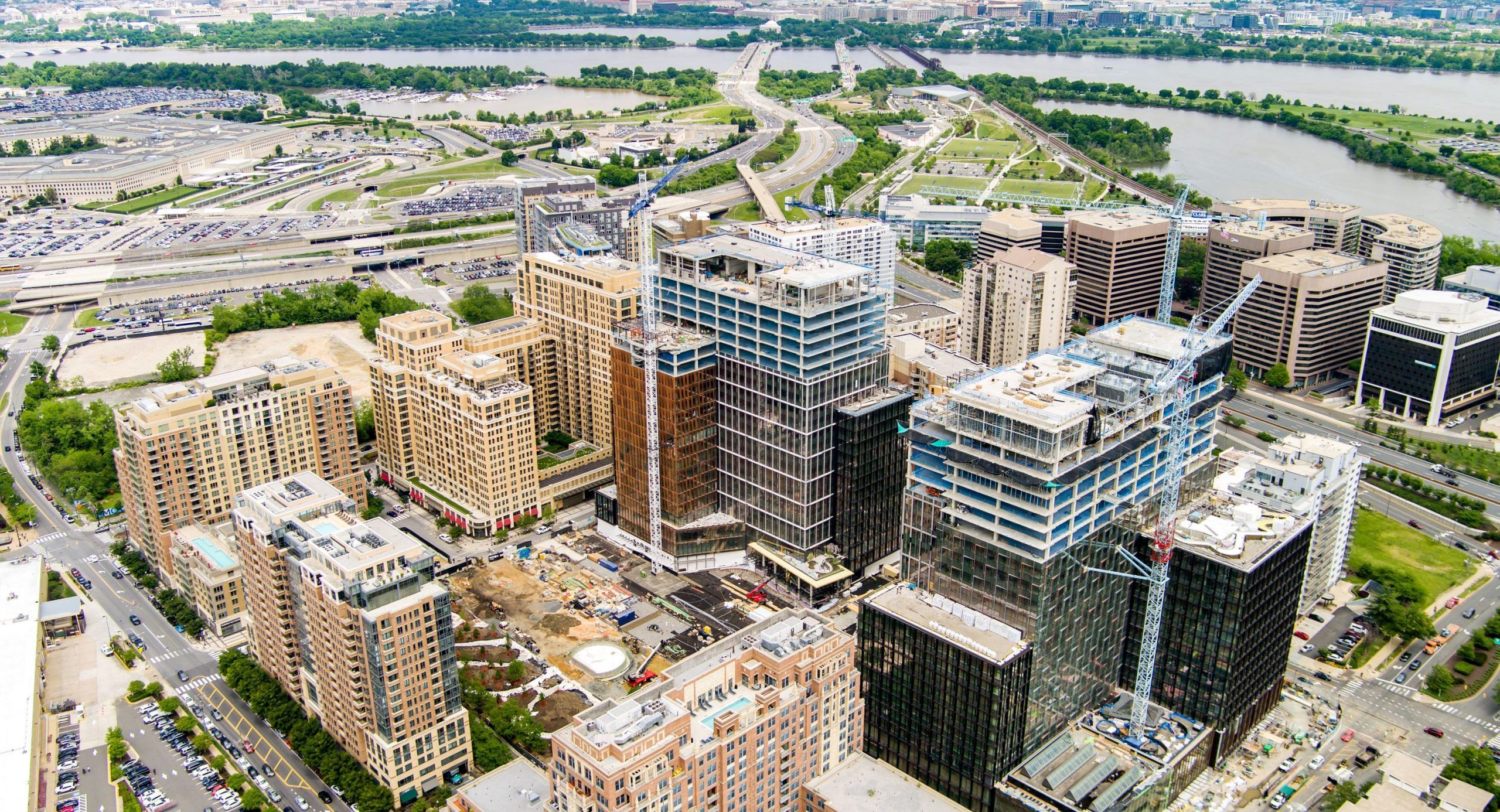 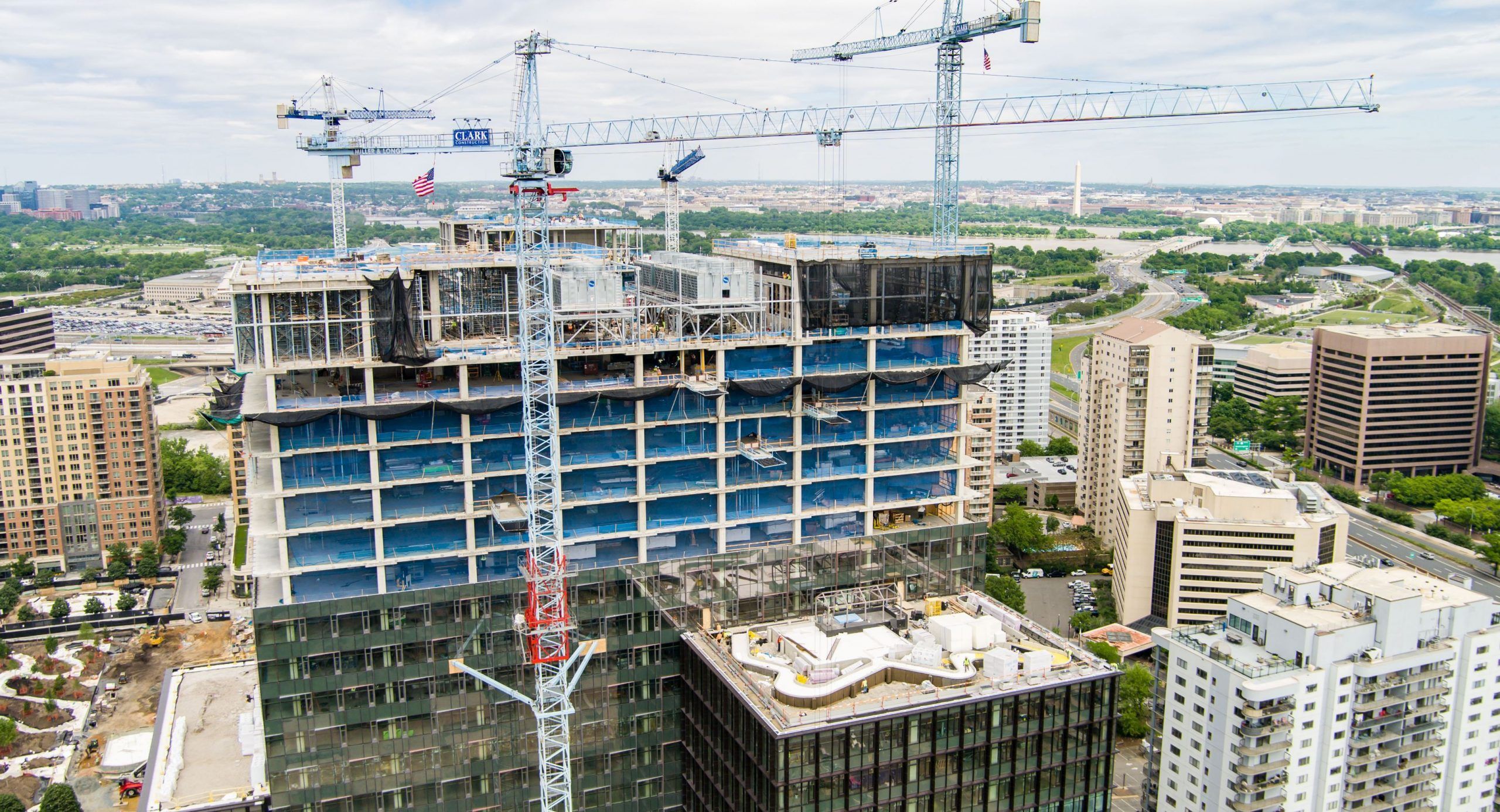 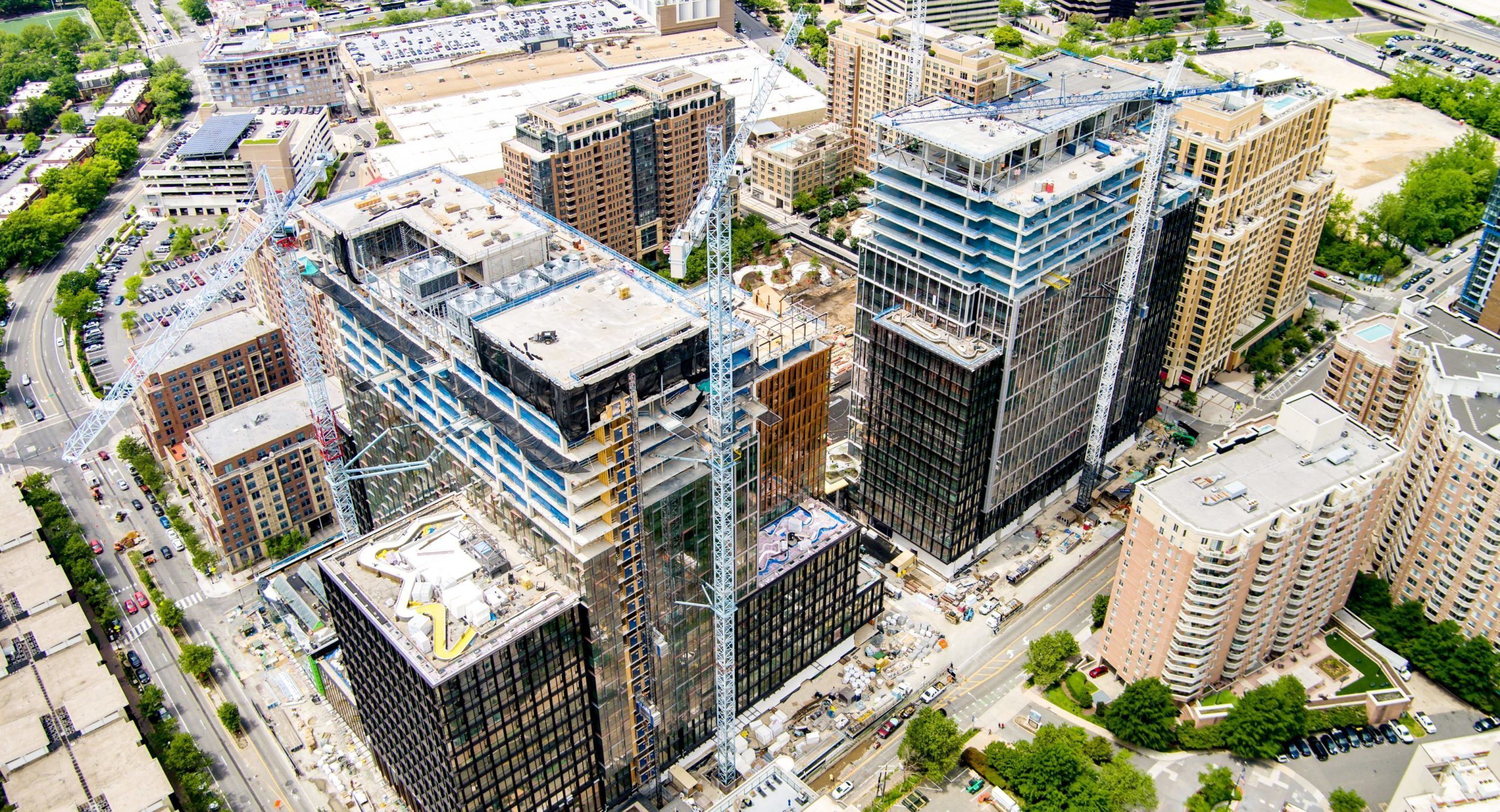