Robinson Landing, a luxury condominium complex situated on the Potomac River, includes three midrise buildings with 70 units. Pouring the structural concrete on this job required two tower cranes in combination with concrete pump trucks. One of the tower cranes was set outside of the building on a static base.

Archaeological finds – during excavation, the Robinson Landing project made headlines due to the archaeological investigation and preservation of three ships from the Revolutionary War era that were discovered on site. The archaeological dig uncovered the foundations of several commercial and industrial buildings from the 18th and 19th centuries as well as foreign coins from Ireland, Britain, France, and Spain.

Flexibility required – due to dewatering issues and archaeological finds, we performed work out of typical construction sequence to keep the project progressing. 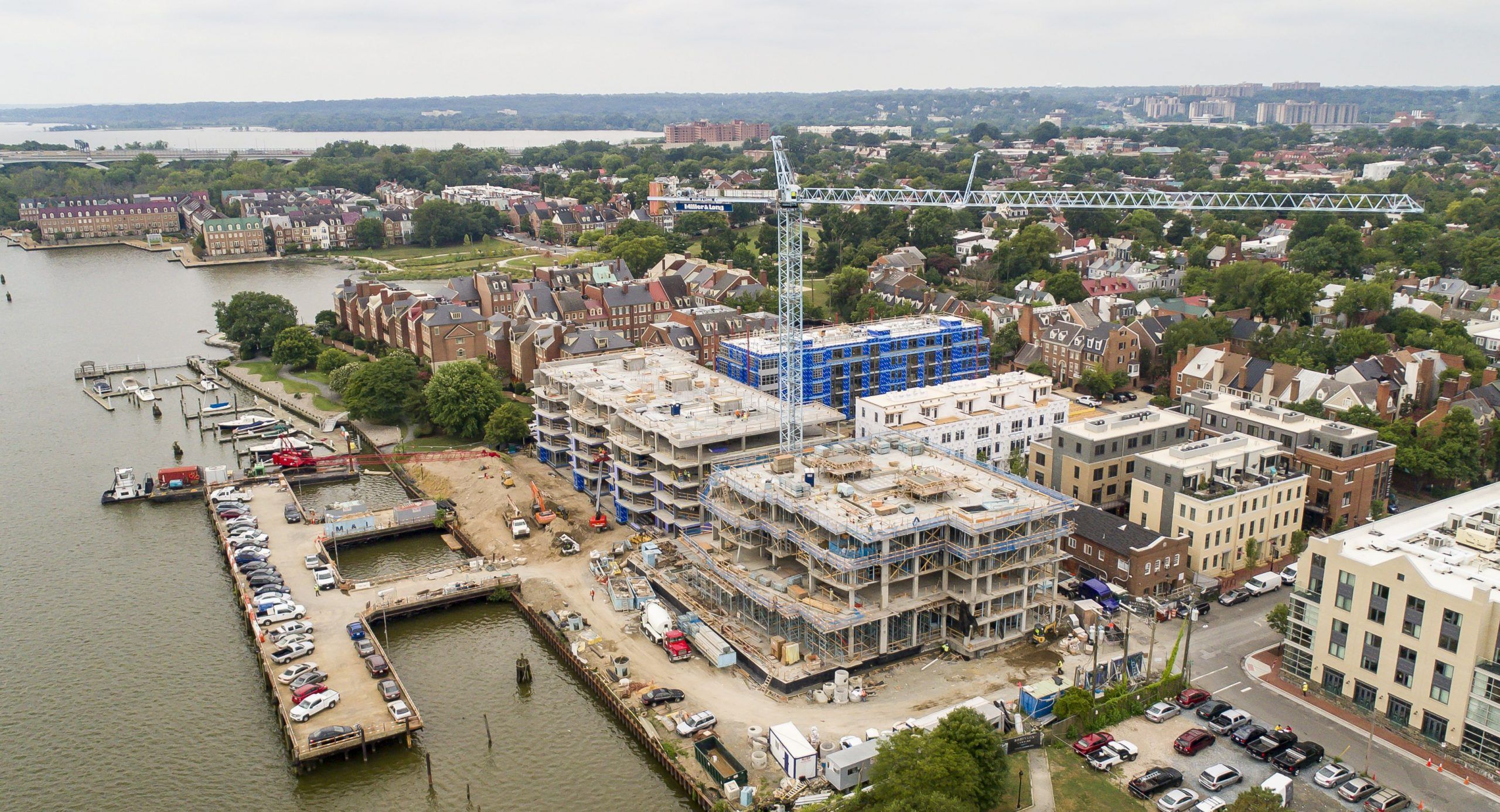 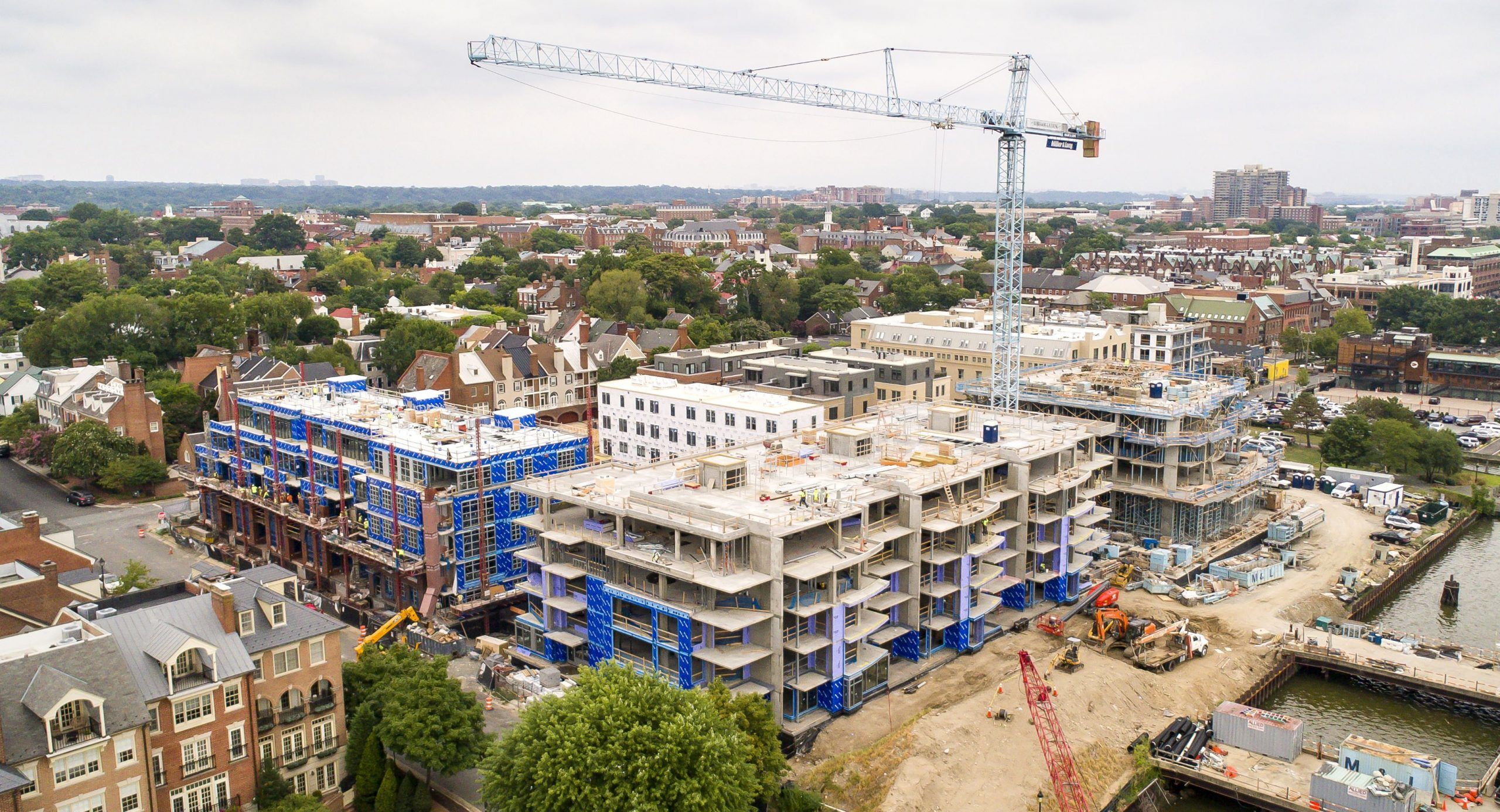 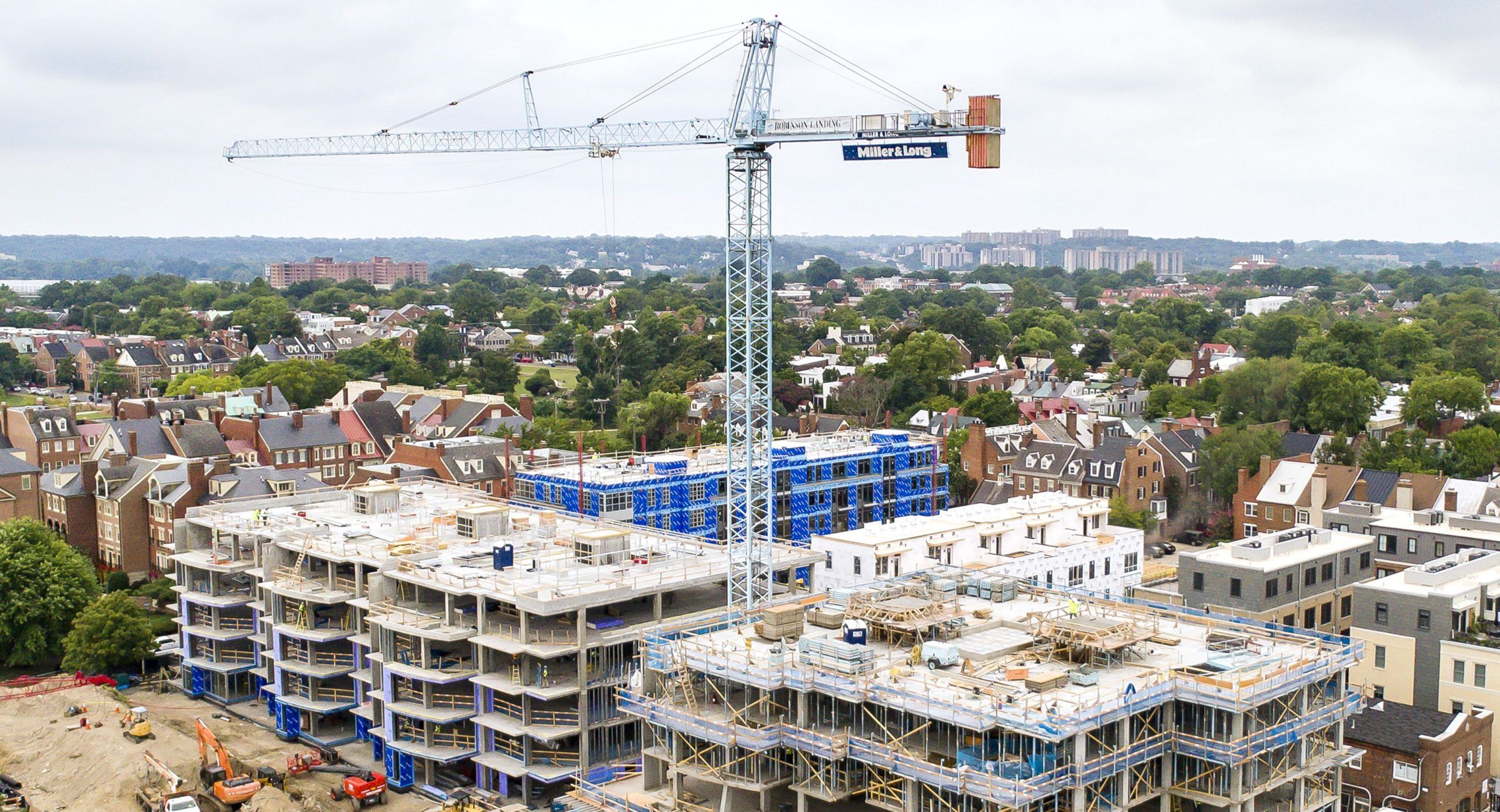